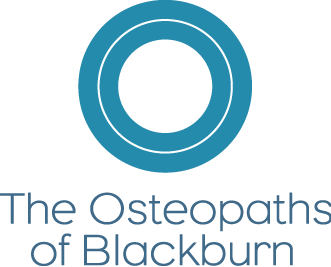 Since the beginning of time, running was necessary for survival. It is hypothesised that before hunting weapons were invented, early humans would exhaust their prey by chasing them. The earliest footwear noted in history dates back over 10,000 years, consisting mostly of a leather sole and straps to secure it onto the foot. Its function was purely to protect the sole of the foot. Since then, footwear has evolved immensely to the many different types and styles we see today.

If you compare modern running shoes to those that were developed in the 1970’s, there are vast differences. Early running shoes had very little support; consisting of a flat sole, thin fabric and laces. Early running shoes lacked elevated heels, arch support and cushioning throughout the shoe, differing greatly to some of the traditional running shoes we wear now.  People frequently exercised wearing sneakers such as Converse or Keds, most of which we now consider ‘casual or street’ wear. This is a vast comparison to the typical running shoe or cross trainer we use today, which have a large amount of support and cushioning directed for comfort and function. Such advances in shoe design and comparisons of footwear throughout the decades have lead researchers to ask ‘if the foot and arch are so well supported now, why do running injuries still occur?’

This brings us to the current ‘barefoot running’ debate, regarding running shoes and the optimal amount of support that is required to maximise function and minimise injury of the lower leg and foot.  There is much contention amongst sporting /health professionals and enthusiasts regarding this issue, with valid points being made for and against this running practice. The recent rise in popularity of the ‘minimalist’ shoe (e.g. Nike Free runs, Vibram) has brought this issue to the forefront of the sporting world, with many people converting to a minimalist shoe to train in.

But if our feet are used to wearing supportive shoes, why change now?

By definition, a minimalist shoe is one that is made to closely approximate barefoot running.  As mentioned previously, there are various types of minimalist shoes on the market. The most commonly seen or recognised are ‘Nike Free Runs’. Minimalist running shoes such as these have less heel cushioning in comparison to standard running shoes which have a lot of cushioning material surrounding the heel and toes. In normal running shoes, the heel of the foot usually sits higher than the mid foot. A gradient such as this encourages people to develop a heel-toe strike, one which some believe contributes to lower limb and foot injury. It is thought that the evolutionary development of supportive footwear has deconditioned the foot. While shoes such as free runs still have a small amount of heel support, there are also shoes available which have very little to none at all. You may have seen people wearing ‘vibram shoes’ (toe shoes), which allow the heel and toes to be at the same height and have no cushioning at all. These shoes are supposed to closely mimic the unshod foot.

There are many reasons people are choosing to wear minimalist footwear, including injury management, curiosity, training/performance benefits and (for many style savvy men and women) the appeal of the pretty colours/cool designs of many running shoes available today. Research has demonstrated the use of a minimalist shoe or barefoot running changes the normal foot strike pattern. In cushioned shoes, people are more likely to strike the ground with their heel first. This is believed to contribute to many common running injuries. Whereas when using a minimalist shoe or running barefoot, the strike of the foot changes to a mid or forefoot strike (the front part of your foot). Striking with the mid or fore foot is said to greatly reduce the impact forces which occur through the foot when heel striking in regular shoes. Therefore, some researchers believe that by changing the strike pattern of the foot to the mid-forefoot, there is potential to decrease the rate and extent of lower limb injury in people who run.

This is an extremely valid point, and although the change in foot strike has been demonstrated by research, the hypothesis of injury reduction is just one of many theories surrounding the ‘right way to run’. We must also consider the fact that our feet have been conditioned to wear supportive shoes since a young age. It is possible that an immediate decrease in such cushioning could also cause injury to ensue, resulting from lack of specific and appropriate conditioning. Due to such popularity in the minimalist shoe, it is apparent from a health professional point of view that many people are making uneducated or inappropriate footwear decisions when buying new shoes to run in, based purely on trend or style.

Although there are apparent advantages of wearing a minimalist shoe, there may also be disadvantages if they are not the correct shoe for you. There are biomechanical differences which exist between every individual, and for this reason an assessment of lower limb mechanics should be performed before you decide which shoe is best for you. Some of the most frequent problems we encounter as health professionals are muscle and tendon injury as a result of increasing training load and frequency while wearing shoes with incorrect support to suit your needs.

However, this is not to say that you can never run in a minimalist shoe. If you are interested in training in a minimalist shoe or bare feet, it is important that you condition your body correctly in order for your muscles and joints to sustain the activity without causing injury. This can be done through specific and gradual training programs to introduce your body to new activity.

This is why we highly recommend that you talk to your osteopath about the type of footwear you are training in. They can give you advice and refer you to appropriate professionals for fittings according to your needs.

If you have any further questions regarding this topic, talk to your osteopath about it today.

To find out how to have an assessment and shoe fitting you can visit the Active Feet website www.activefeet.com.au 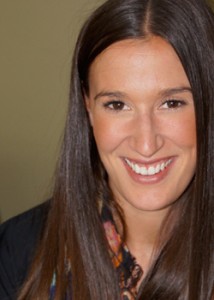 Copyright The Osteopaths of Blackburn, 2022